Act of Toleration — an act passed in Maryland in 1649 that granted freedom of worship to all Christians; although it was enacted to protect the Catholic minority in Maryland, it was a benchmark of religious freedom in all the colonies. It did not extend to non-Christians, however.

Anne Hutchinson — charismatic colonist in Massachusetts Bay who questioned whether one could achieve salvation solely by good works; she led the Antinomian controversy by challenging the clergy and laws of the colony. She was banished from Massachusetts in 1638 and was killed by Indians in 1643.

Anglican Church — Church of England started by King Henry VIII in 1533; the monarch was head of the church, which was strongest in North America in the Southern Colonies. By 1776, it was the second-largest church in America behind the Congregationalists.

Bacon’s Rebellion — attack by frontiersmen led by Nathaniel Bacon against the Native Americans in the Virginia backcountry; when the governor opposed Bacon’s action, Bacon attacked Jamestown, burned it, and briefly deposed the governor before the rebellion fizzled. This revolt is often viewed as the first strike against insensitive British policy, as a clash between East and West, and as evidence of the dangers of the indentured-servant system.

Congregationalists (Puritans) — believed the Anglican Church retained too many Catholic ideas and sought to purify the Church of England; the Puritans believed in predestination (man saved or damned at birth) and also held that God was watchful and granted salvation only to those who adhered to His goodness as interpreted by the church. The Puritans were strong in New England and very intolerant of other religious groups.

First Great Awakening — religious revival in the colonies in 1730s and 1740s; George Whitefield and Jonathan Edwards preached a message of atonement for sins by admitting them to God. The movement attempted to combat the growing secularism and rationalism of mid-eighteenth century America.

Halfway Covenant — Puritan response to the dilemma of what to do with the children born to nonchurch members as fewer and fewer Puritans sought full membership (visible sainthood) in the church; leaders allowed such children to be baptized, but they could not take communion, nor could nonchurch males vote in government/church affairs.

House of Burgesses — first popularly-elected legislative assembly in America; it met in Jamestown in 1619.

Indentured servants — mainstay of the labor needs in many colonies, especially in the Chesapeake regions in the seventeenth century; indentured servants were “rented slaves“ who served four to seven years and then were freed to make their way in the world. Most of the servants were from the ranks of the poor, political dissenters, and criminals in England.

Jonathan Edwards — Congregational minister of the 1740s who was a leading voice of the Great Awakening; his Sinners in the Hands of an Angry God attacked ideas of easy salvation and reminded the colonists of the absolute sovereignty of God.

John Smith — saved Jamestown through firm leadership in 1607 and 1608; he imposed work and order in the settlement and later published several books promoting colonization of North America. 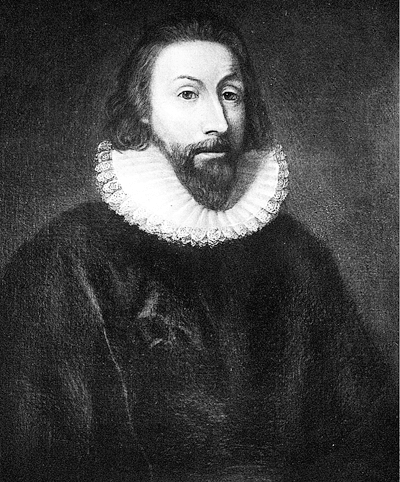 John Winthrop — leader of the Puritans who settled in Massachusetts Bay in the 1630s; he called for Puritans to create “a city upon a hill“ and guided the colony through many crises, including the banishments of Roger Williams and Anne Hutchinson.

Mayflower Compact — written agreement in 1620 to create a body politic among the male settlers in Plymouth; it was the forerunner to charters and constitutions that were eventually adopted in all the colonies.

Mercantilism — economic doctrine that called for the mother country to dominate and regulate its colonies; the system fixed trade patterns, maintained high tariffs, and discouraged manufacturing in the colonies.

Navigation Acts — series of English laws to enforce the mercantile system; the laws established control over colonial trade, excluded all but British ships in commerce, and enumerated goods that had to be shipped to England or to other English colonies. The acts also restricted colonial manufacturing. 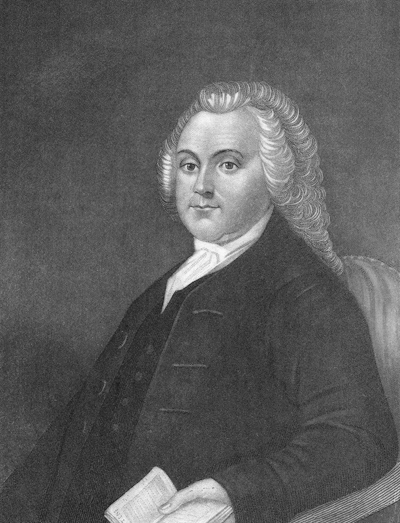 Roger Williams — Puritan who challenged the church to separate itself from the government and to give greater recognition of the rights of Native Americans; he was banished in 1635 and founded Rhode Island. (Critics called it Rogue Island.)

Salem witchhunt — period of hysteria in 1692, when a group of teenaged girls accused neighbors of bewitching them; in ten months, nineteen people were executed and hundreds imprisoned. The hysteria subsided when the girls accused the more prominent individuals in the colony, including the governor’s wife.

Salutary neglect — policy that British followed from 1607 to 1754, by which they interfered very little with the colonies; through this lack of control, the colonies thrived and prospered. It was an attempt to end this policy that helped create the friction that led to the American Revolution.

Society of Friends (Quakers) — church founded by George Fox which believed in “The Inner Light”—a direct, individualistic experience with God; the church was strongly opposed to the Anglican Church in England and the Congregationalist Church in America. In 1681, William Penn established Pennsylvania as a haven for Quakers persecuted in England and in the colonies. 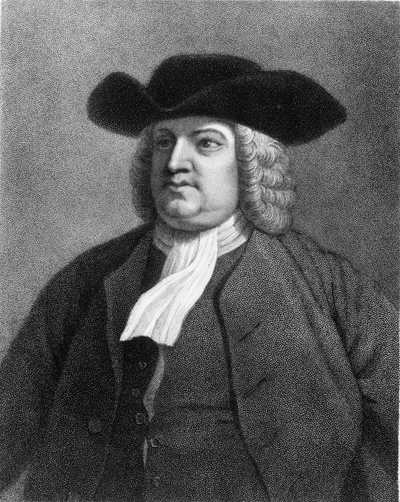 William Penn — Quaker founder of Pennsylvania; he intended it to be a Quaker haven, but all religions were tolerated. The colony had very good relations with Native Americans at first.